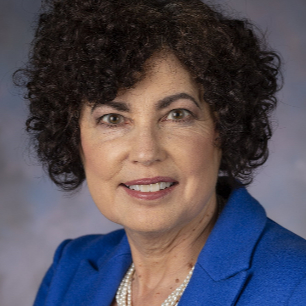 COLUMBUS – The Children’s Defense Fund-Ohio (CDF-Ohio) is proud to announce that Lynn Rosenthal, the President of The Center for Family Safety and Healing (TCFSH) at Nationwide Children’s Hospital, will join its Ohio Advisory Board. Ms. Rosenthal brings to the board her voice as a nationally known champion for the prevention of family violence.

“The opportunity to join the Children’s Defense Fund-Ohio in this capacity is an exciting one, and I believe CDF is well-positioned to continue making a marked difference in the lives of children throughout the state. I look forward to collaborating with my fellow advisory board members to advance the CDF mission,” says Lynn Rosenthal, who, in her role as president of TCFSH, works closely with local advocates and community partners to address all aspects of family violence, including child abuse and neglect, teen dating abuse, domestic violence and elder abuse.

Prior to joining TCFSH, she served as the Policy Director for the Biden Foundation’s Violence Against Women Initiatives. From 2009-2014, Lynn served as the first-ever White House Advisor on Violence Against Women. As a senior advisor to President Obama and then Vice President Biden, Lynn developed new initiatives across the federal government to address sexual assault and domestic violence. She co-chaired the White House Task Force to Protect Students from Sexual Assault and the Federal Interagency Working Group on HIV/AIDS and Violence Against Women. Prior to her federal service, Lynn held leadership positions in local and state domestic violence agencies and was the executive director of the National Network to End Domestic Violence from 2000-2006. Lynn is a social worker by training and an expert in public policy on gender-based violence. Most recently, Lynn was appointed by Secretary Austin to lead the 90-day Independent Review Commission on Sexual Assault in the Military, delivering an extensive report and recommendations to the Defense Department on July 2, 2021.

“It is an honor to welcome Lynn to CDF-Ohio’s Advisory Board,” says Dr. Tracy Nájera, Executive Director of Children’s Defense Fund-Ohio. “We are privileged to be able to learn from and be guided by the expertise of such a passionate champion for children and families.”

Ms. Rosenthal, in her role on the CDF-Ohio Advisory Board, will provide guidance and support the policy priorities of the organization and add her voice to inform the needs of children and families in Ohio.

Ms. Rosenthal joins the Ohio Advisory Board, which includes:

The Children’s Defense Fund Leave No Child Behind® mission is to ensure every child a Healthy Start, a Head Start, a Fair Start, a Safe Start and a Moral Start in life and successful passage to adulthood with the help of caring families and communities.