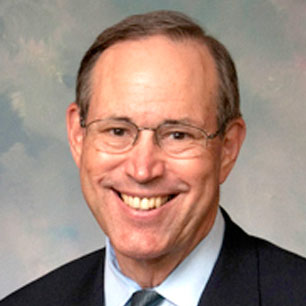 Bob Taft served as Ohio’s 67th Governor (1999-2007). He graduated from Yale University with a bachelor’s degree, received his master’s degree in government from Princeton University, and earned his law degree from the University of Cincinnati Law School. Taft began his career in public service as a volunteer teacher for the Peace Corps in East Africa. He has served as a member of the Ohio House of Representatives, as a Hamilton County commissioner and as Ohio’s Secretary of State. In his role as Governor, Taft focused on improving schools, reforming Ohio’s tax system, creating advanced, high paying jobs and helping communities clean up polluted sites, protect river corridors and build recreational trails. After serving two terms in the state’s top executive position, Taft joined the University of Dayton in 2007 as a Distinguished Research Associate; he teaches Legislative Politics and Education Policy and helps oversee the Statehouse Civic Scholars summer internship program.